in Europe , withdrawal It started from gas storage. Reserves are shrinking, but they are with us 94.58% in the EU average very high. So the weather has become so cold that more gas is consumed than can be stored by the new supplies. In Asia, too, there are apparently growing concerns about insufficient gas reserves for the coming winter. Spot prices for liquefied natural gas in Asia are currently rising to their highest levels since early October, according to Bloomberg, amid concerns that production disruptions and the onset of cooler weather in key markets will further tighten supplies.

The Japanese-Korean North Asian LNG index rose 20% to $34.24 per million British thermal units in the week ended Wednesday, traders said, citing an assessment by S&P Global. Traders said the ongoing outage at a major US export facility and cold weather forecasts in Europe are likely to fuel global competition for gas this winter and possibly limit supplies to Asia.

💰 JKM is up 20% in the last week to $34/MMBtu
Supply disruptions and cold forecasts in Europe may boost global competition
Shell bids for shipments to Chinahttps://t.co/w5eZaRSpgA pic.twitter.com/4OvyhiKDyK

While North Asian LNG importers such as Japan and China are optimistic they have stockpiled gas for the winter, supplies remain tight and a sudden cold snap in those countries could quickly deplete stocks. Meanwhile, Asia is in direct competition with energy-hungry Europe due to dwindling LNG supplies. Prices were also pushed up by Shell plc, the world’s largest LNG trader, which bid for spot supplies for delivery to China in January. 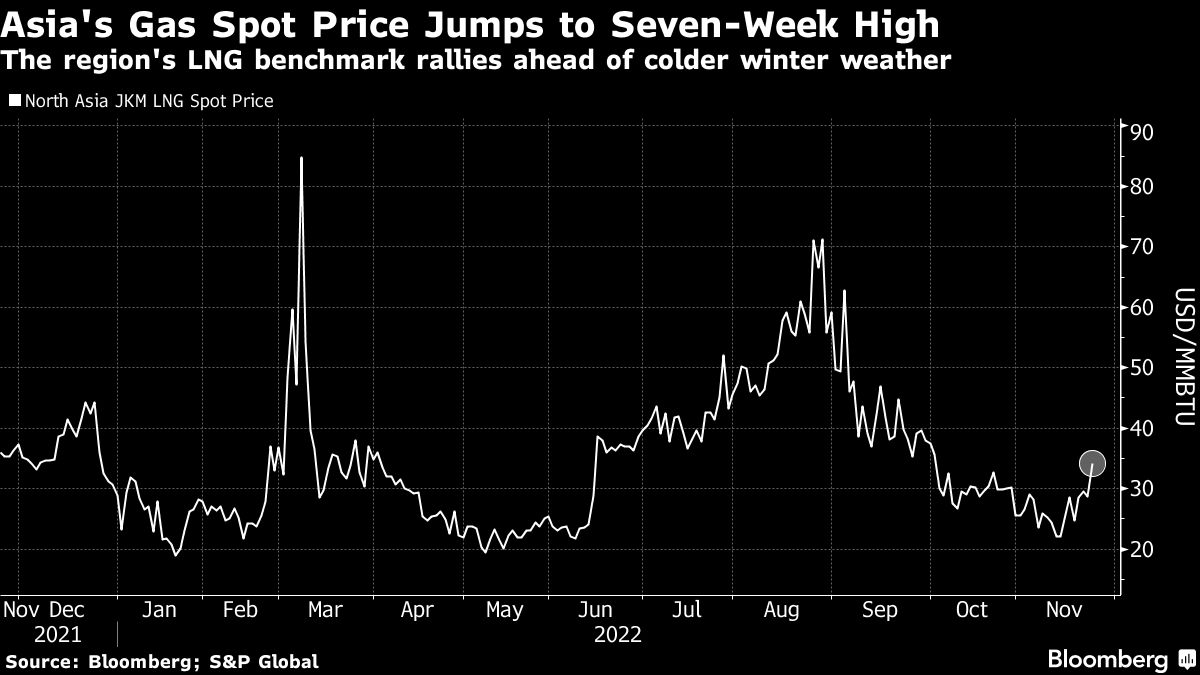