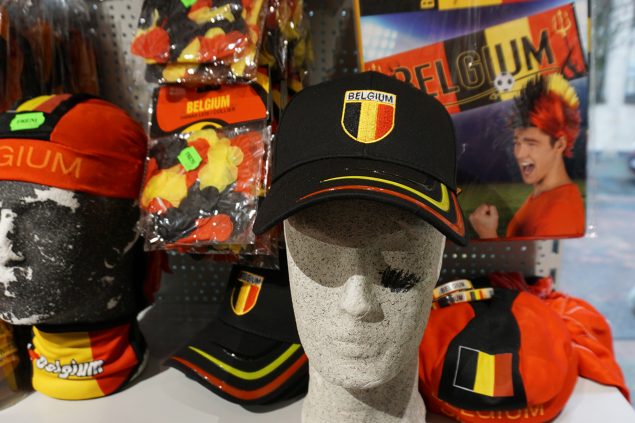 The Decor Shop Kohl in Lontzen has been selling fan articles for a good eight years. Sales usually boom during World Cup and European Championship times. But this year, the items are more likely to be slow-moving, managing director Marilyn Nessen found out.

Merchandise is usually sold like hot cakes. Flags and T-shirts in particular are very popular. The fact that the World Cup is now being held in the cold winter, Christmastime is of course unfavorable.

But there is another reason for poor sales. “It’s the same with the media. Not everything that happens in Qatar and what is said about it is really nice and positive,” says Marilyn Nessen.

“A lot of what’s going on has nothing to do with football either. The media affects sales a lot. It attracts people when they look at something and get excited about it. But that’s not the case this year.”

The fan articles are still the same at the Freni DIY shop in St. Vith, as employee Sasha Zanzyn explains: “Before the World Cup, a number of things were revealed that are not so easy in Qatar. This is also reflected in sales.”

“People are not as cheerful as they were in the European Championships two years ago. Besides, we have winter. Who runs in short sleeves in winter? That doesn’t really match what we know from summer.”

At Freni, Customers Prefer Christmas Items Interesting Fan Items: None. Sasha Zanzen could already imagine that would be the case. “I already felt that sales wouldn’t be as good as two years ago. That’s why I bought a lot fewer items. I’m only offering the basics here.” 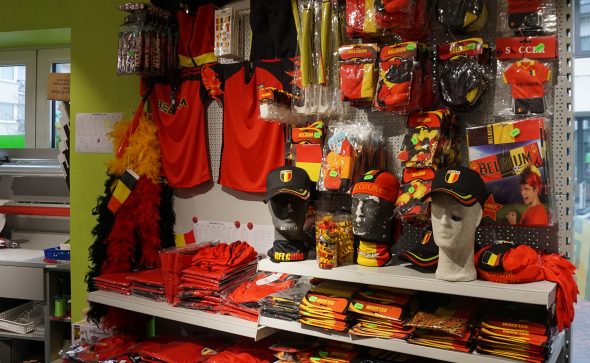 This year’s World Cup has a bitter aftertaste. This also became evident in a small survey in downtown St. Feather. She says: “I think the World Cup should not have happened. It is better not to have a World Cup than one in this country. A lot of people died there. It shouldn’t have been.”

“I always buy Belgium shirts when the Red Devils are in the World Cup or European Championship. But this year I didn’t buy any shirts or fan articles. I’m just against what happened in Qatar. But I’m a football fan and if Belgium plays I’ll watch.”

The interest in this year’s World Cup is definitely there. Only the classic World Cup magic seems to be missing – at least for now.