Nearly fifteen years ago, Marietta Julissa Folink traveled to London to study advertising, and today she is In the lonely Dominican woman, As far as it is known, which is part of the Google headquarters for Europe, the Middle East and Asia.

It seems like “cliche”he asserts confidently, but is always crystal clear: “I knew I was going too far.”

From her office in Google Ireland, and through one of the platforms of the tech and innovator giant, Marietta spoke with reporters from Listín Diario about her experiences before coming to work as a specialist in online advertising strategies for big brands.

Calvin Klein, Philips, Tommy Hilfiger, Vodafoneare some of the world-renowned companies I have worked with as a “Specialist in Display Advertising and 360 Video in Digital Media”, a position this Vila Mila-born has held since 2021.

With a Dutch passport, good command of that language and English, and dark, curly hair, many are surprised to find out that she is Dominican.

Like all beginnings, Marietta wasn’t easy, especially as a woman and Latina. However, sacrifice, perseverance and willingness were his keys to achieving everything he set out to do.

Everything seemed to point to its destiny: Google

In September 2007, he moved to London, the capital of England, to study Advertising and Marketing at the University of Greenwich. Then he was trained on Googlespecifically how marketing is done using search engines on the Internet.

“In my second year of advertising degree, I did an internship in a digital company and saw all the opportunities out there, and I loved it so much because it’s such a fun industry and you have to be social and as a Dominican, finally I said, ‘No, that’s where I’m going,’” says the advertising specialist Now for digital media.

On one of the search engine’s anniversary, at the advertising agency where he initially worked, they received the biscuits sent by the company and from that moment he kept a photo of them that reminded him of his expression on that day: “Don’t worry, I’m going to work there.”

His goal was quite clear, but nothing was easy. After 10 years in which he gained experience and proved that he is the right person for the job, in In the first quarter of 2020, during the pandemic and while she was in the Dominican Republic, she was contacted about this.

“I was at home, we made it virtual because of the pandemic and my nerves were on edge because I thought, oh my God, the power would go out or my computer would stop,” he tells with a look of those who still can’t believe how it all happened.

Views his door while he was working for a Google subsidiary. Jellyfish, which is the name of the entity, has afforded him the opportunity for two years and seven months to provide training in marketing and digital transformation, as well as programmatic advertising, to companies across Europe.

The interview was quite successful, but Google could not immediately hire it due to the uncertainty of the recent global Covid-19 pandemic.

“I arrived, but I did not,” was the thought that attacked him. However, the tension ended when, later on, he received an email expressing their interest in being part of their work teams.

He started at Google London in February of last year and moved seven months later to Ireland, Where is Google’s headquarters located in Europe and neighboring regions.

“When you go to an outside meeting, people don’t expect you to be an expert,” he says.

He experienced it when he had to do consulting in underdeveloped countries in terms of gender equality in the tech industry.

Often she was the only woman at the table, and the only person of color with curly hair or the only Latino among those present; But rather than intimidate her, it makes her proud and is an example that taking leadership positions in large international companies is possible regardless of one’s roots.

“I feel very proud to represent ourselves at tables where we usually don’t have space”she says and invites those who, like her, have big dreams to chase after her.

Interest in the digital industry arose after she was unable to attend a conference to which she was invited. Her curiosity about the topics discussed and the event sponsors pushed her to investigate more about the companies involved, discovering the entire universe.

“Then I began to discover that this was a business, an industry, and I asked myself: How do you work there?” law Project.

Her next step was to investigate, on her own, what form these companies were looking for so that they could start grooming themselves for the demands of the vacancies that caught their eye and was excited to one day fill them.

“When you have a vision, follow your dreams, study hard and don’t get carried away by what the neighbor does, focus on your preparedness. Opportunities sometimes seem very remote, but they come with consistency and preparation, listening to the advice of those who have already gone through certain experiences, and learning,” he points out that Teach the whole process. 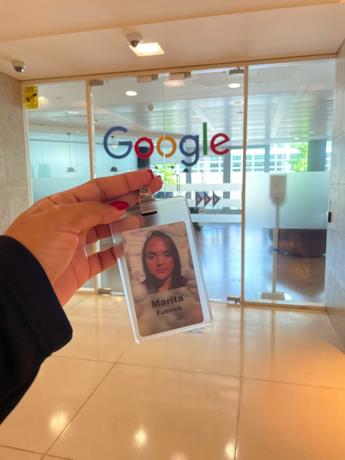 With that sense of preparation, Google recently arranged to donate a million dollars so that Latin Americans can access the Grow with Google program, through which they offer free training.

“Knowledge is freely available online, that is, if someone insists on learning, I am not telling you that they will learn everything, but they will be on the right track,” he says.

The experience cannot be improvised

A popular saying goes that experience is not improvised. Before coming to Google, Marietta had developed in many industries, including banking. At the Lloyds Banking Group, for example, she held the position of Program Marketing and Advertising Director. But he’s also worked for companies like Tiffany & Co. and brands of food products.

This path that could be considered successful was very difficult. The first sacrifice he mentions is the distance between him and his family. About 7,010 kilometers away, he immigrated to earn a bachelor’s degree.

From an office in Santo Domingo, he went to work in a jewelry store he describes as a merchant in Elephant Castle, London’s Latin Quarter, while he was studying.

“I had to be humble and work on jobs not related to telemarketing or anything I did in Santo Domingo (…) I even had a colleague ask me why I did things so happily and I said to her, ‘Because this is temporary, I’m convinced that I I will not be here when I finish my studies,” he said before laughing, remembering that he had said, “After I get this title, no one can beat me.”

Julissa, as they affectionately call her, refers to other sacrifices such as going out with friends a little or not buying the things she wanted to live an austere life: “I’m not my father’s and my mother’s daughter, this was based on a lot of personal sacrifices and also a lot of work”.

In the second year, when she had a day off a week, she started an unpaid internship as a translator, but not just as one, as she was taking her first steps into the digital world.

Adobe Advertising Cloud’s Efficient Frontier was where he trained in managing the search, social and occasional activities of some of the largest online advertisers in Europe, in all four languages ​​spoken.

From the Dominican Republic to the world 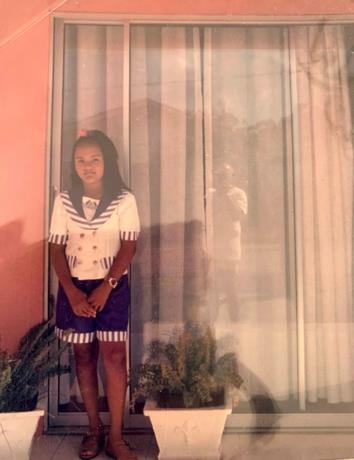 “a bit global”This is how Marietta describes herself, who was born in the so-called “Clink City”, Villa Mila (Dominican Republic), but he spent his childhood among various Caribbean islands. Curaçao and San Martin are some of those mentioned.

However, I enjoyed my summers in Hispaniola practicing Spanish and learning more about the culture I was born in. 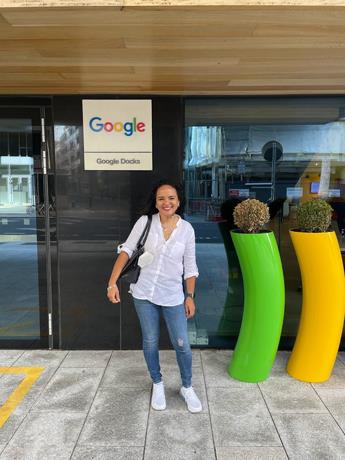 “They always spoke Spanish at home, they ate rice, beans, and meat; the Dominicans were quite tactile, and I never felt like I was out of the country,” the young woman recalls.

He spent his adolescence in the United States and attended high school there. From the age of seven he mastered three languages, as the second language in his primary schools was Dutch. However, he mastered English in North America where he spoke shyly because of his accent.

Upon completion of high school, where he also studied French, he returned to his homeland and became a call center manager at the age of 22.

Today, though he enjoys his work, He says he misses the beach, the climate and the heat characteristic of the half of the island where he was born, But above all, he needs people.