For some residents of San Cristobal, it has always been a mystery to know where the first sarcophagus is where the body is Rafael Leonidas Trujillo During the first months after his death.

What few imagine is that it lies beneath the city’s main church, visited every day by dozens of parishioners from in and out of San Cristobal, and is one of the southern city’s most exciting tourist attractions.

Cathedral of Our Lady of Consolation It is in front of the Piedras Vivas Park, The place where Trujillo was born and spent the first years of his life It was built by the architect Henri Gazon.

Its purpose was not only to be a church, But the Pantheon is where Trujillo planned to bury him With some of his family.

The church father, Juan, said, “Trujillo built the church thinking it would be a family mausoleum, where he and his family could be buried, which is why the coffins on its side were for him and his wife.” Joseph Zaro.

To get to the basement, you have to walk through a corridor This is behind the altar and opens an iron door with the five stars that marked the “General”.

Going down the stairs, on the right side, hanging on the wall one of the metal arrangements sent by a provincial delegation at the time of Trujillo’s death. 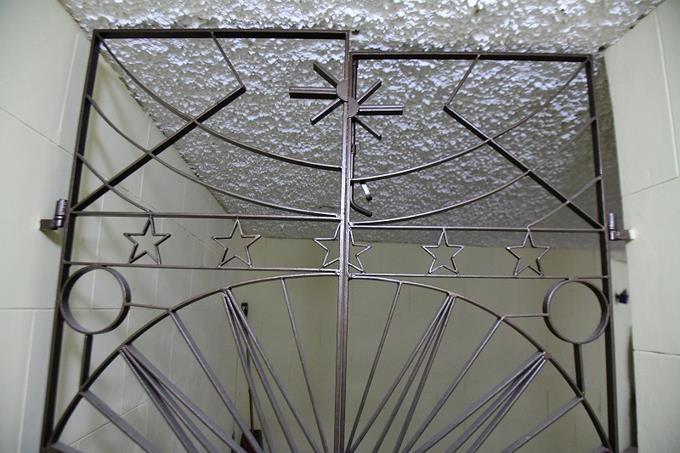 Then there is a vault that is about 30 meters long and 12 meters wide, which is what measures that Detailed in the book “Memories of San Cristobal”.published by José Pimentel Muñoz.

Further walking inland, on the left side, is the pit in which Trujillo is buried. Only at the other end is the sarcophagus, in a glass case, where the remains of the tyrant remained for a few days.

The coffin is brown in color and is open. The box looks worn and so does the fabric that was covering it inside.

Behind the sarcophagus is the Dominican flag placed on top, which has also deteriorated over time. Hanging on the rear wall is a metallic national shield sent by a delegation from Yaguet, San Cristóbal.

According to Muñoz in his work, “The coffin with the remains spent three days in the burning church, covered with the Dominican flag. The church never opened.”

During that time no mass was celebrated in the church. 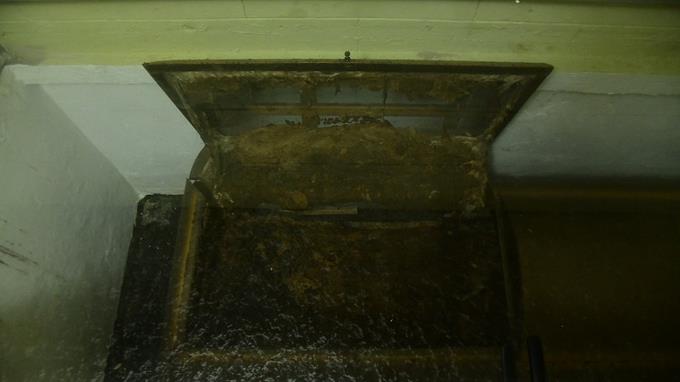 According to the book, On the fourth day, I go downstairs It was left in place with a width of 6 meters by 10 lengths.

In addition to the small room in which the sarcophagus is located, the lower floor contains a corridor with about ten coffins. They are all empty.

Trujillo was buried in that crypt on June 2, 1961 He remained in the church until November 18, 1961, five months later His death occurred on May 30.

what happened after that?

Ramvis Trujillo He removed his father’s remains from the cathedral to take them to France on the yacht Angelita.

However, when the ship arrived in the Azores islands of Portugal, it was not allowed to disembark because it was believed that it was carrying gold worth 95 million dollars, according to the Spanish newspaper “El Pais”, in a publication dated February. 3, 1986..

Although they wanted to bring him back to the country, It was flown aboard a Panamerican DC-7 To Orly Airport in Paris, France.

By December of the same year, his body was buried in Perry Lachaise CemeteryThe largest in the French capital.

Nine years later, in 1970, his remains were moved to Madrid, Spain, where they remain today. This request was made, at the time, by his wife, Maria Martinez, who later died in 1989.

The cemetery where Trujillo is located is Our Lady of Almudena cemetery, located in the Bardo sector of Madrid. It is described on its website as “one of the largest and oldest in Western Europe”. 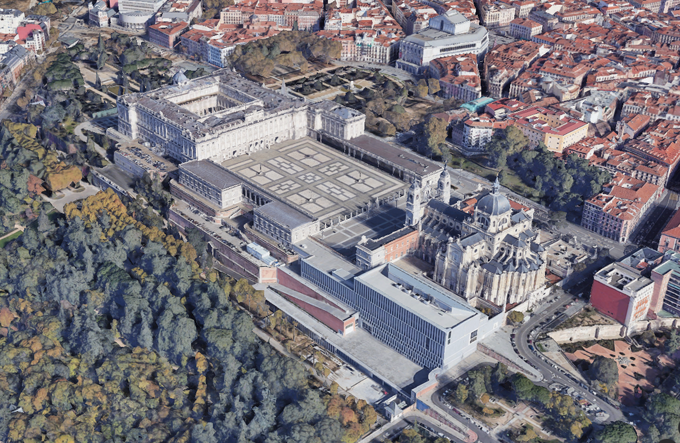 This cemetery was opened in 1884 and includes three areas: Civil Cemetery, Hebrew Cemetery, and Tomb of Our Lady of Almudena.

The remains of Trujillo and Ramvis, who died on December 28, 1969, are in the Almoneda Cemetery.

José Villa Zanetti painted the colorful and elaborate murals adorning the ceilings of the church. These represent the different stages of Jesus’ life.

Father Zaro said Trujillo visited the church frequently and that he stayed near the mahogany chair where the dictator sat. Like other Trujillo objects, this one has the national coat of arms engraved on it.